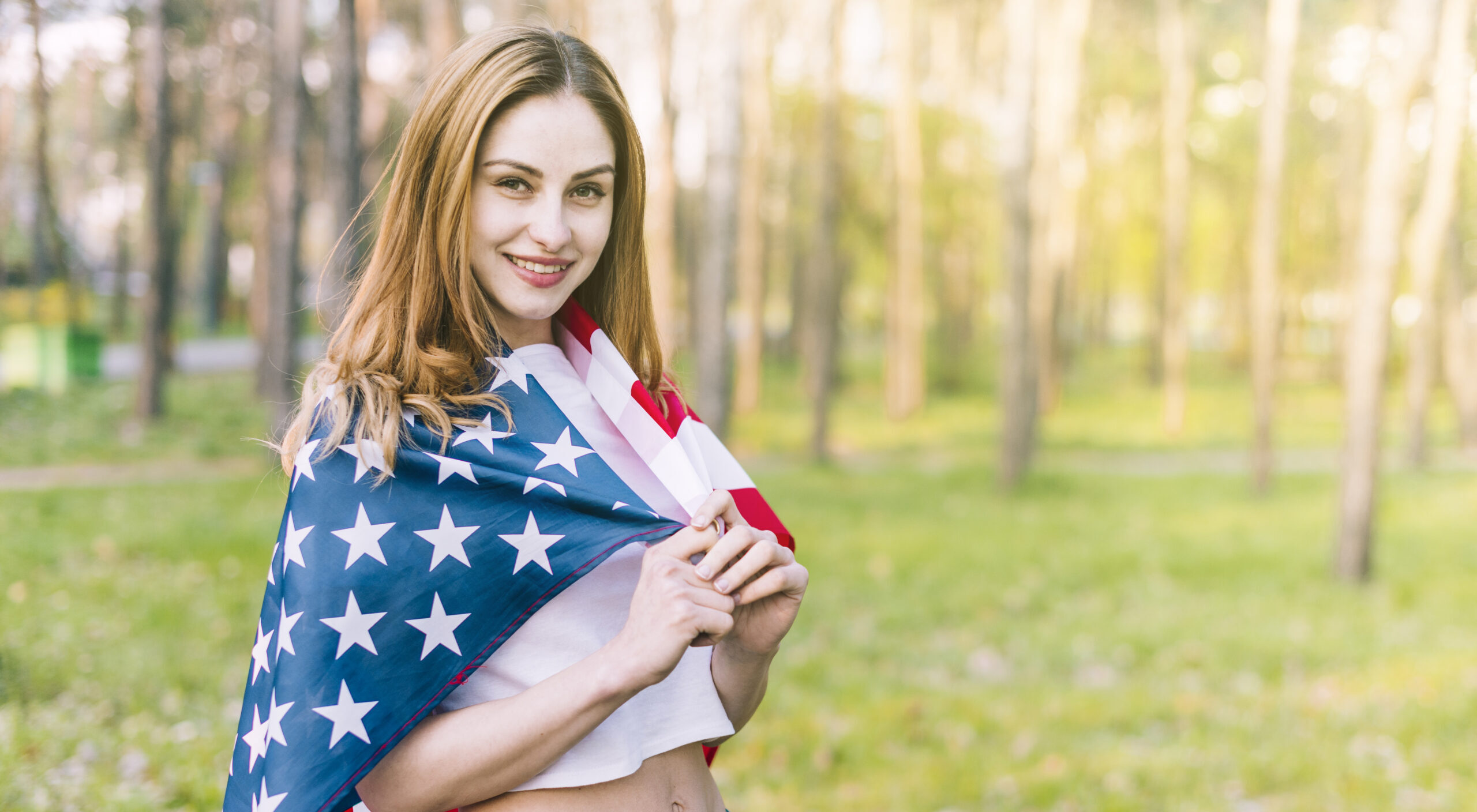 27 Dec 2. About United States of America

1. History and Discovery of Unites States of America in Short

The United States of America, also known as the United States (U.S. or US) or America is a vast country spread across continents, situated mainly in North America. It is made up of 50 States, a federal district, five major unincorporated territories, nine minor islands and 326 Indian reservations. Considering the land and total area, it is the third largest country. The neighboring countries of America are Canada to the North and Mexico to its South. It has the Bahamas, Cuba, Russia and several other nations as maritime boundaries.

Owing to the humongous 331million population, it is the third most populated country in the world. Washington D. C. is the nation’s capital and New York City is the financial capital and also a city with the most population in the US.
Christopher Columbus (1451-1506) was an explorer, is best known for his ‘discovery’ of the New World of the Americas on his ship Santa Maria in 1492.
Columbus actually did not, in fact, discover North America. He was the first European to see the Bahamas archipelago and then the island later named Hispaniola, which is now divided into Haiti and the Dominican Republic. His subsequent voyages took him further south, to Central and South America. He never made it close to what is now known as the United States.
Around 12,000 years ago, paleo-aboriginals emigrated from Siberia to North America, followed by the emergence of advanced cultures later on. During the 16th century, when European colonists arrived, these advanced cultures faced extinction.
The United States emerged from thirteen British colonies, prominently established on the east coast, when taxation and political conflicts with the British crown led to the American Revolution (1765–1744), after which the nation achieved its independence.
Over the course of time, towards the end of the 18th century, the United States started expanding its borders across North America, conquering new territories, frequently through wars, leading to the dislocation of Native Americans and the inclusion of new states. By 1848, the United States had expanded itself to occupy the continent from east to west.
The widespread practice of slavery caused a stir, leading to the withdrawal of the Confederate States of America, which played a vital role in fighting the States of the Union during the American Civil War (1861–1865). Slavery was successfully eradicated by the thirteenth amendment, formed by the Union and its successful win.
The United States and the Soviet Union emerged as the two sole super powers on a global scale after the war. During the Cold War, though both countries did not directly engage in any direct military conflict, they had a silent power struggle between them to display ideological superiority and assert supremacy.
In 1969, an American spaceflight landed humans on the moon, which was a result of the space race that the two countries involved themselves in. Concurrently, the legislation ended state and local Jim Crow laws and racial discrimination against African-Americans as a culmination of the Civil Rights Movement. The end of the Cold War, marked by the disbanding of the Soviet Union in 1991, launched America as the world’s solitary superpower—a power that remains sacrosanct till this day. The more recent 9-11 attacks on the United States jolted the country and the world and kindled the United States to launch a war on terror, in which the Iraq War (2003-2011) and the war in Afghanistan (2001-2021) were major keys.

Is America, USA and US are the same?

Which country is called America?

The United States, also known as America, is a federal republic consisting of fifty states in North America.

Why USA is called America?

Christopher Columbus found the continent America in 1492. It was named after the Italian explorer Amerigo Vespucci, who came up with the revolutionary idea that the lands Columbus found were part of a separate continent.

Who found the America/ USA first?

2. The Flag of United States of America 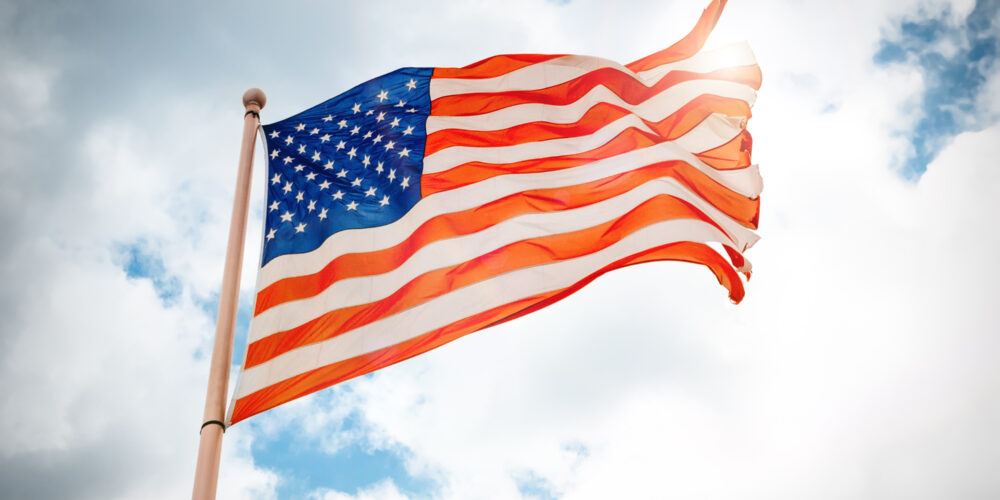 The Flag of the United States of America symbolises the essence of freedom and liberty and its citizens pledge their allegiance. Standing in salutation facing the flag, with their right hand over their heart, the citizens recite:

The order of the stars or the proportions of the flag weren’t formulated till the executive order of June 24, 1924. Before this, the specificities of the flag were left to the flag maker, making for a vastly variable interpretation of the flag with an unusual arrangement of the stars and odd proportions. The flag makers generally made straight rows of stars and proportions in this time period, which were relatively similar to the ones prescribed later officially.
The American flag’s current design is the 27th official change to the original design since 1777.
Before the 49-star version was made official on July 4, 1959, the 48-star flag was in use for 47 years.
On August 21, 1959, President Eisenhower issued an order for the 50-star flag, which became official in July 1960. Having been in use for more than 62 years, it is the American flag that has seen the most usage.
The 13 colonies are symbolically represented in the flag’s 13 alternating red and white stripes. Also, the 50 States are represented by the 50 white stars present on the blue field of the flag.
The colors on the flag represent the following values:
Red: valor and bravery
White: purity and innocence
Blue: vigilance, perseverance, and justice
The most recognisable symbol of the United States is its flag. Flags are frequently flown in the country, not only on government structures but also on private homes.
The flag frequently appears on clothing ornaments like badges and lapel pins, as well as window decals for automobiles. The flag, which is used to represent the United States, is one of the most well-known symbols in the world as a result of the country’s rise to superpower status in the 20th century.

The Flag of the United States of America symbolises the essence of freedom and liberty.

What does 13 alternating Red and White Stripes represents on the Flag of the United States of America?

These alternating 13 Red and White Stripes represents the 13 Colonies.

What do the 50 stars on the flag of the United States of America represent?

These 50 stars on the blue background of the flag represent the 50 states of the United States of America.

What do three colours Red, Blue and White represent on Flag of the United States of America.? 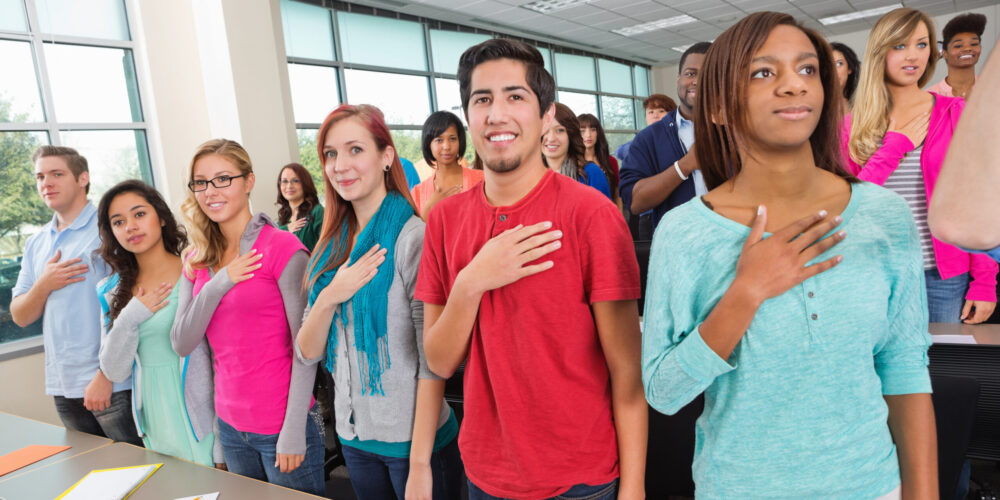 The pledge of allegiance is a promise of loyalty to the United States of America by its citizens. In 1892, to mark the 400th anniversary of the arrival of Christopher Columbus, the explorer, to America, Francis Bellamy wrote the Pledge of Allegiance. The pledge was improvised, and the one in current usage was created in 1954.

"I pledge allegiance to the flag of the United States of America, and to the republic for which it stands, one nation under God, indivisible, with liberty and justice for all."

4. The U. S. Government Organisations and Branches 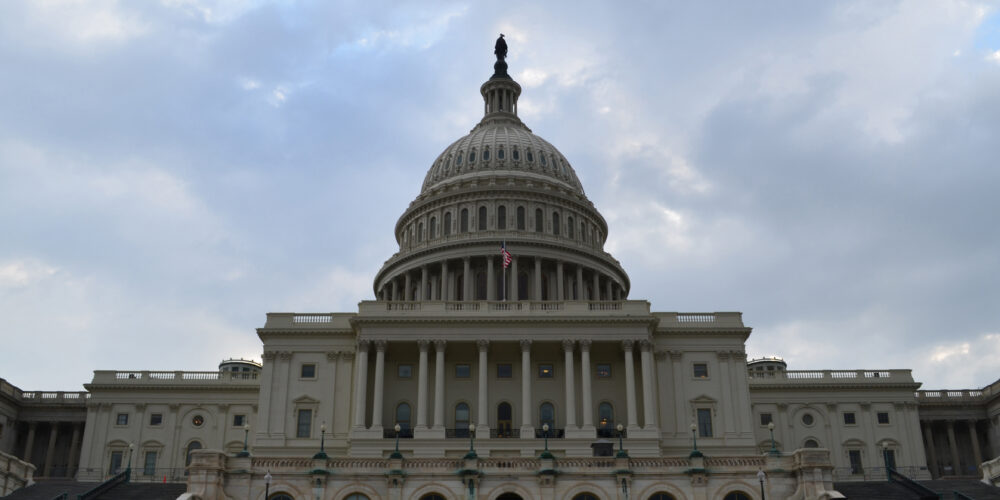 The United States of America is a federal republic country with a three-branch government and a bicameral legislature.

The federal government is divided into three branches by the Constitution of the United States. This is to make sure that no one or group gets too much power.

1.Legislative- Formulates the laws (Congress, made up of the House of Representatives and Senate)
2.Executive- Executes the established laws (President, vice-president, Cabinet, most federal agencies).
3.Judicial- Evaluates the laws (Supreme Court and other courts)
All branches of the government have the right to change the acts of the other branches.
The President carries out the duty of nominating the heads of federal agencies and also has the right to veto any legislation passed by the Congress.
In extreme cases, Congress has the power to remove the president from office, and it can also confirm or reject the president’s nominees.
Justices of the Supreme Court are chosen by the president and confirmed by the Senate. They have the power to get rid of laws that go against the Constitution.
This well-formulated way of each branch of the government having a say in the actions of other branches is called the system of checks and balances. It makes the system more open and is a reliable way to keep things in balance.

What type of country of is United States of the America?

The United States of America is a federal republic country with a three-branch government and a bicameral legislature.

What are the three branches of Federal Government of United States of America?

The three branches of the government of the United States of America are Legislative, Executive and Judicial.

5. The U. S. Government Organisations and Branches 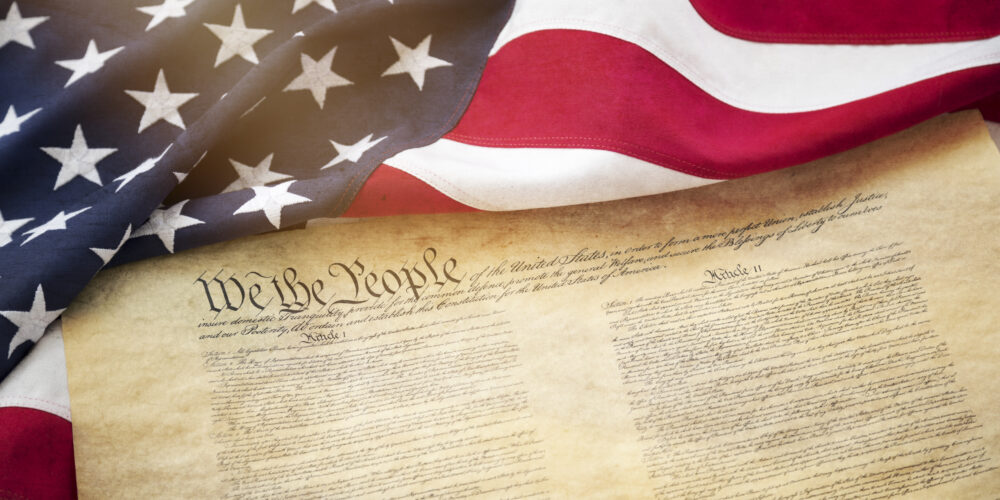 6. Role of the Constitution as a Unifier 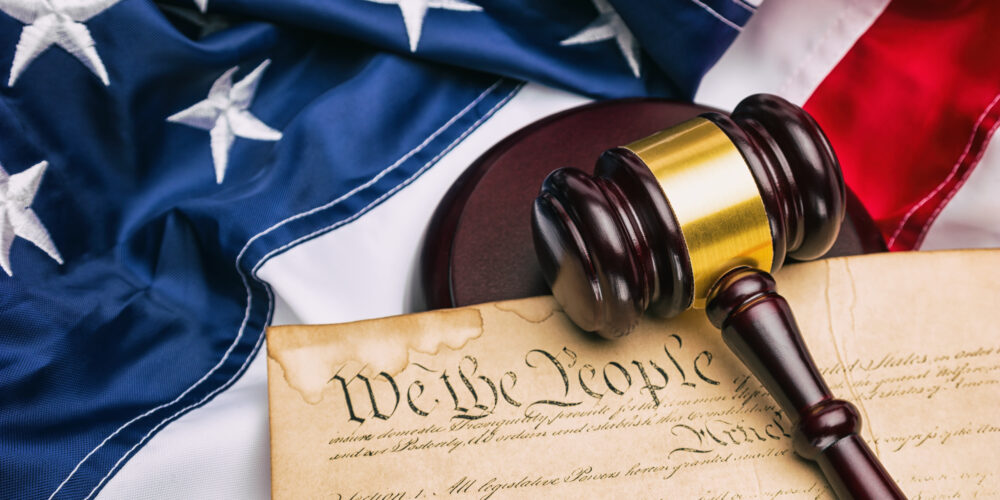 7. Budget of the Government of the USA 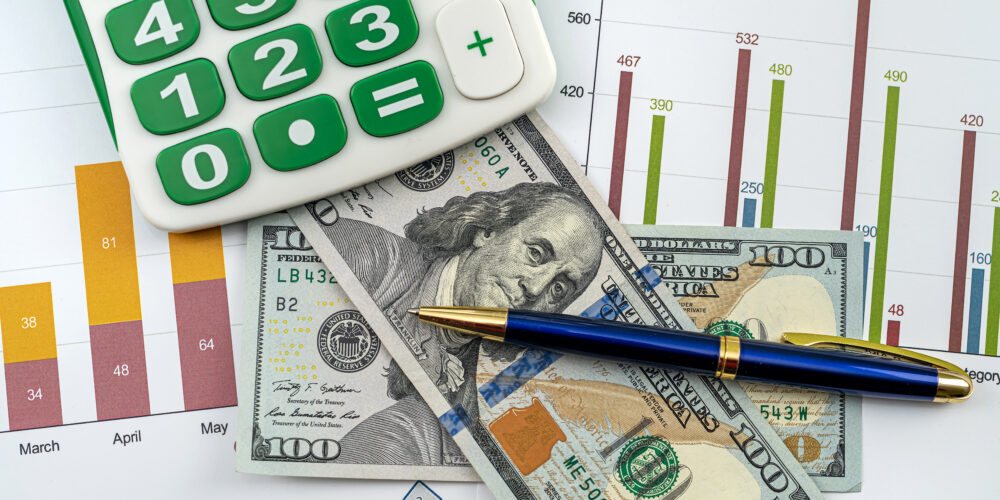 Congress works on formulating a federal budget on a yearly basis for the next fiscal year. The fiscal year of the Federal Government spans from October 1 of the calendar year to September 30 of the next.

The executive branch carries out the work required a year before the budget goes into force.
Federal agencies formulate the budget requirements and forward them to the White House Office of Management and Budget. (OMB)
OMB takes into consideration the agency requests while formulating the President’s budget proposal.
The President initially puts forward the budget proposal to Congress for the following year, which then starts its work. The Constitution allocates Congress the power to be in charge of spending and borrowing. 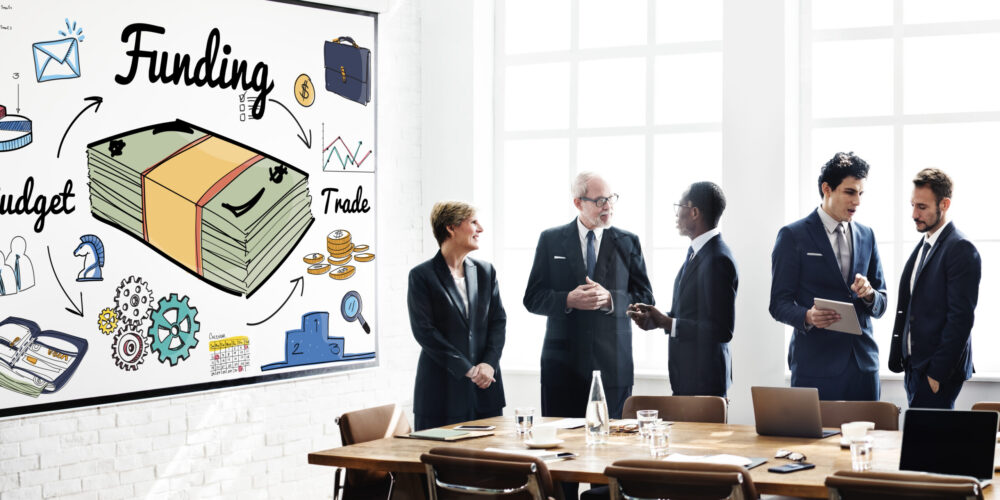 – Federal agency funding, also known as discretionary spending, is the area set by Congress  on a yearly basis.

– Interest on the debt, which utilises less than 10 percent of all funding, generally.

– Funding for Social Security, Medicare, veterans’ benefits, and other spending required by law. This accounts for 50 percent of the funding and is called “mandatory spending.” 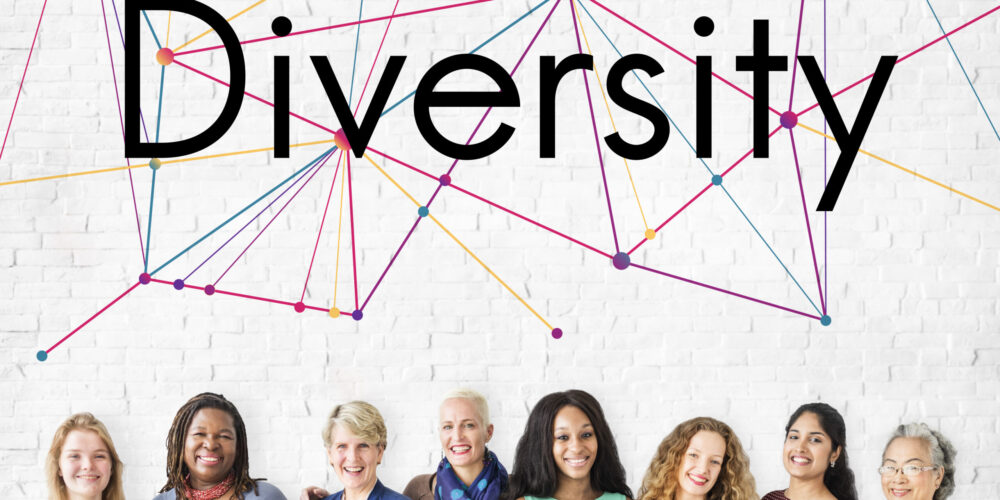 America is a nation formed by the culmination of diverse cultures, ethnicities, and backgrounds and is rightly called a melting pot. The values, beliefs, and traditions are so varied, there’s no one representation of a typical American, and that’s what makes this place so interesting. America, being such a vast country, has its own customs varying from region to region. It really is up to you to have your own experience depending on which part of the US you are in. If you’re invited to a party, it might mean grilling on the beach in California, a backyard barbecue in Texas or a block party in the middle of the street in New York City. 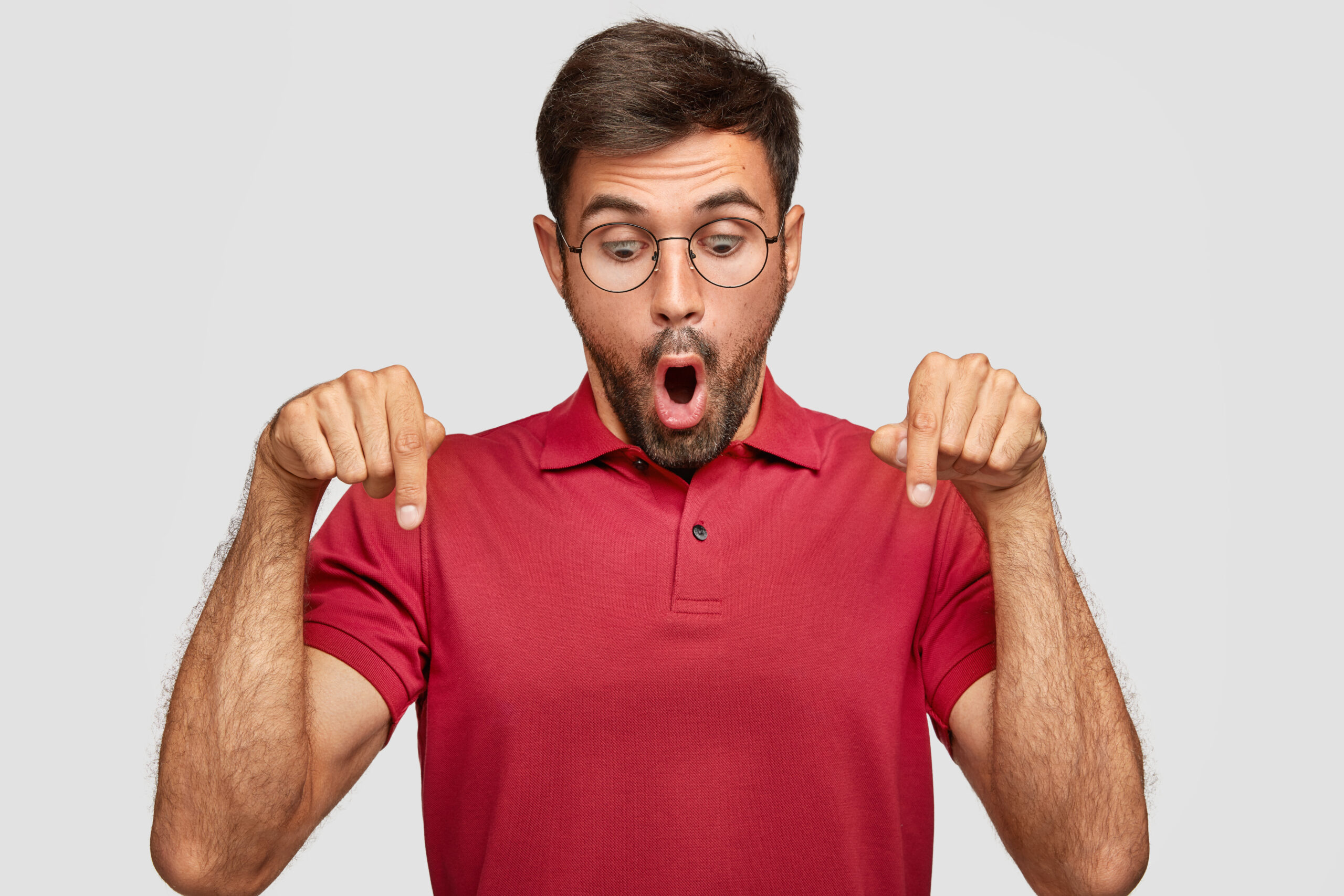 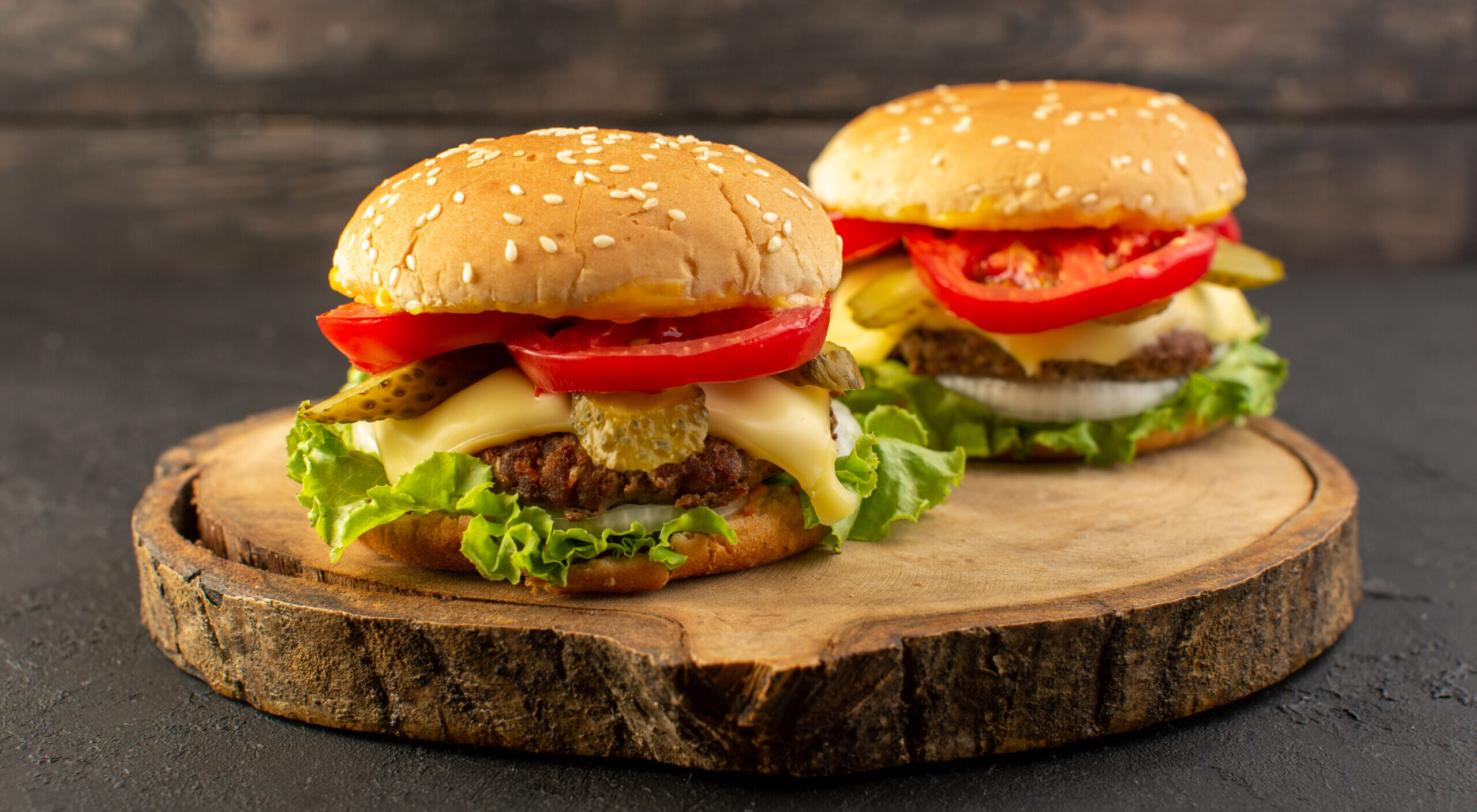 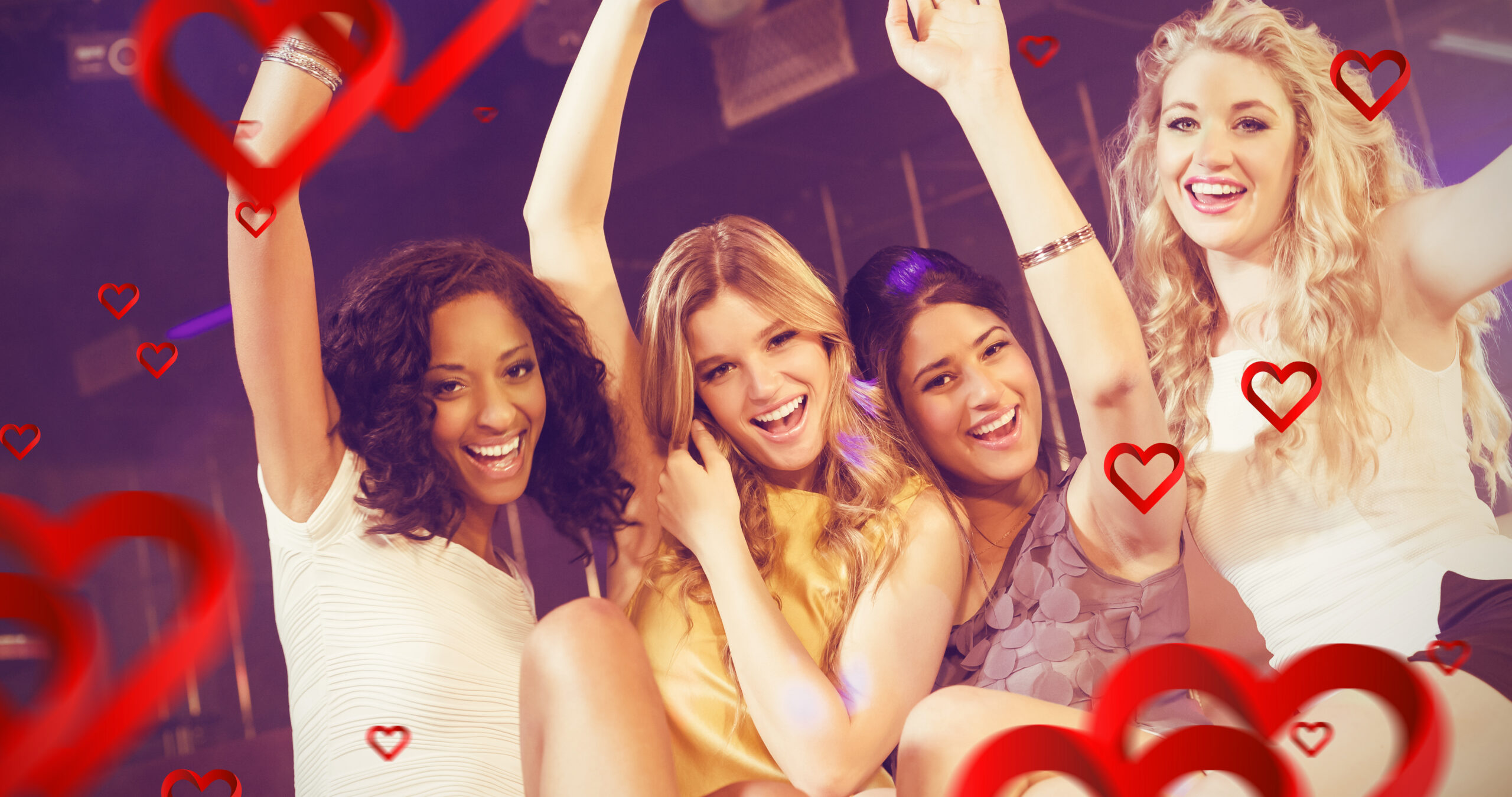 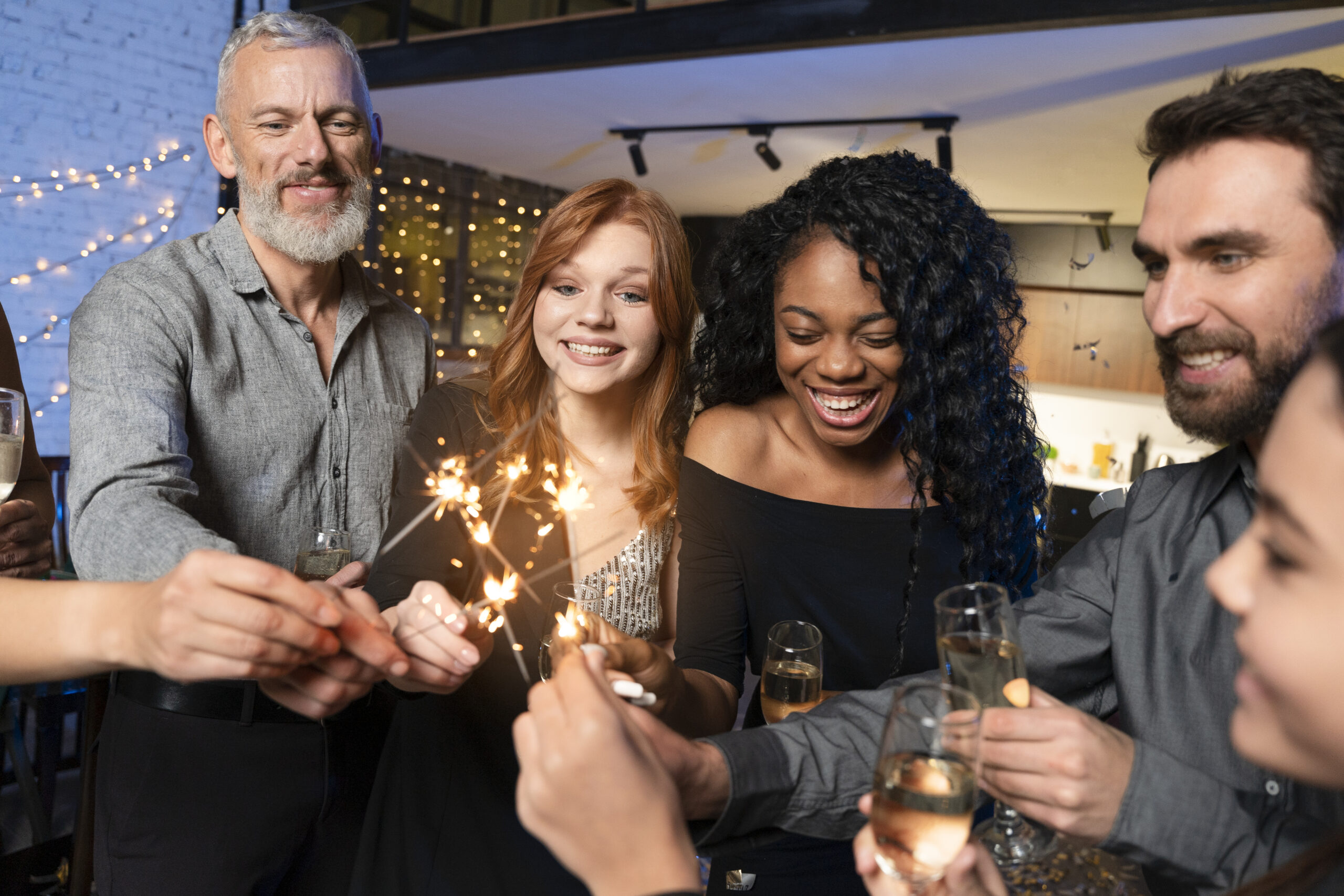 12. HOLIDAYS AND FESTIVALS OF UNITED STATES OF AMERICA 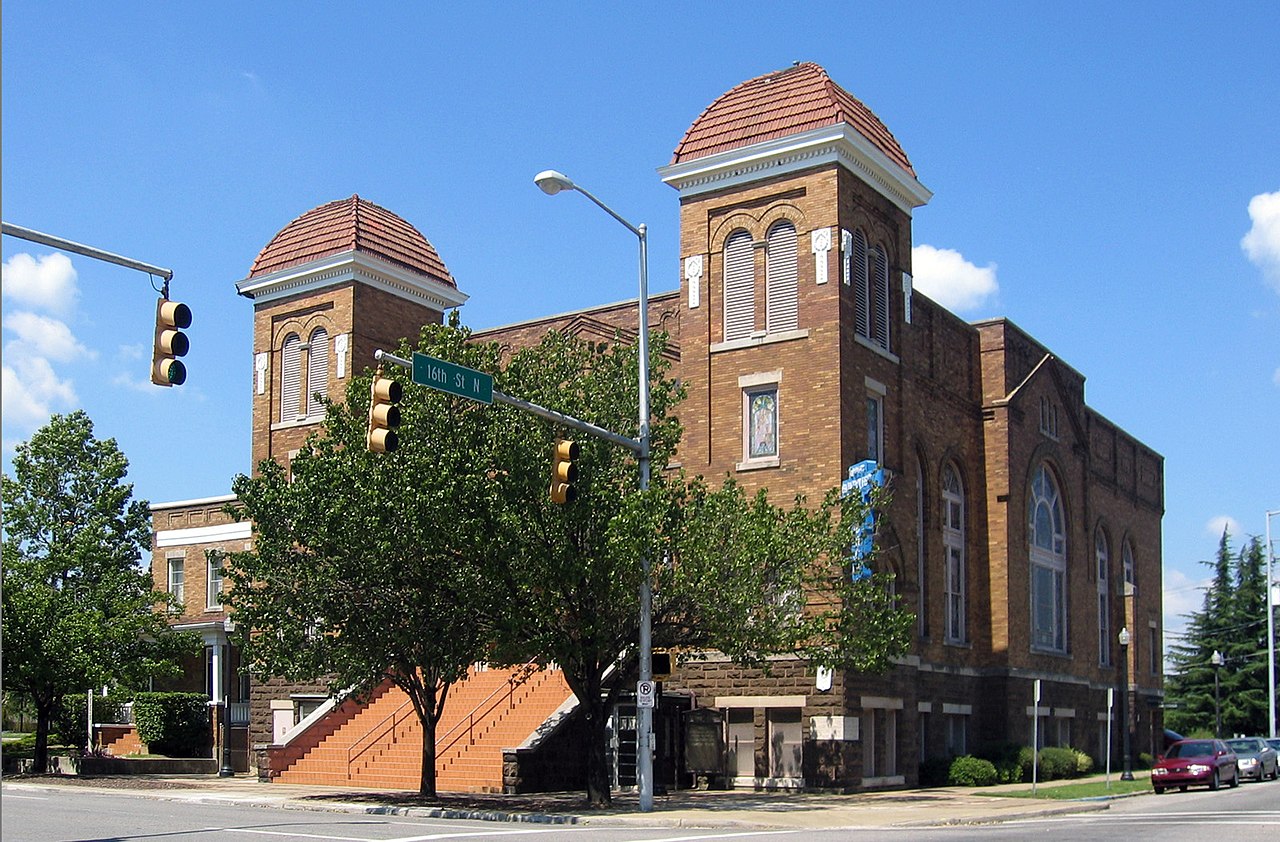 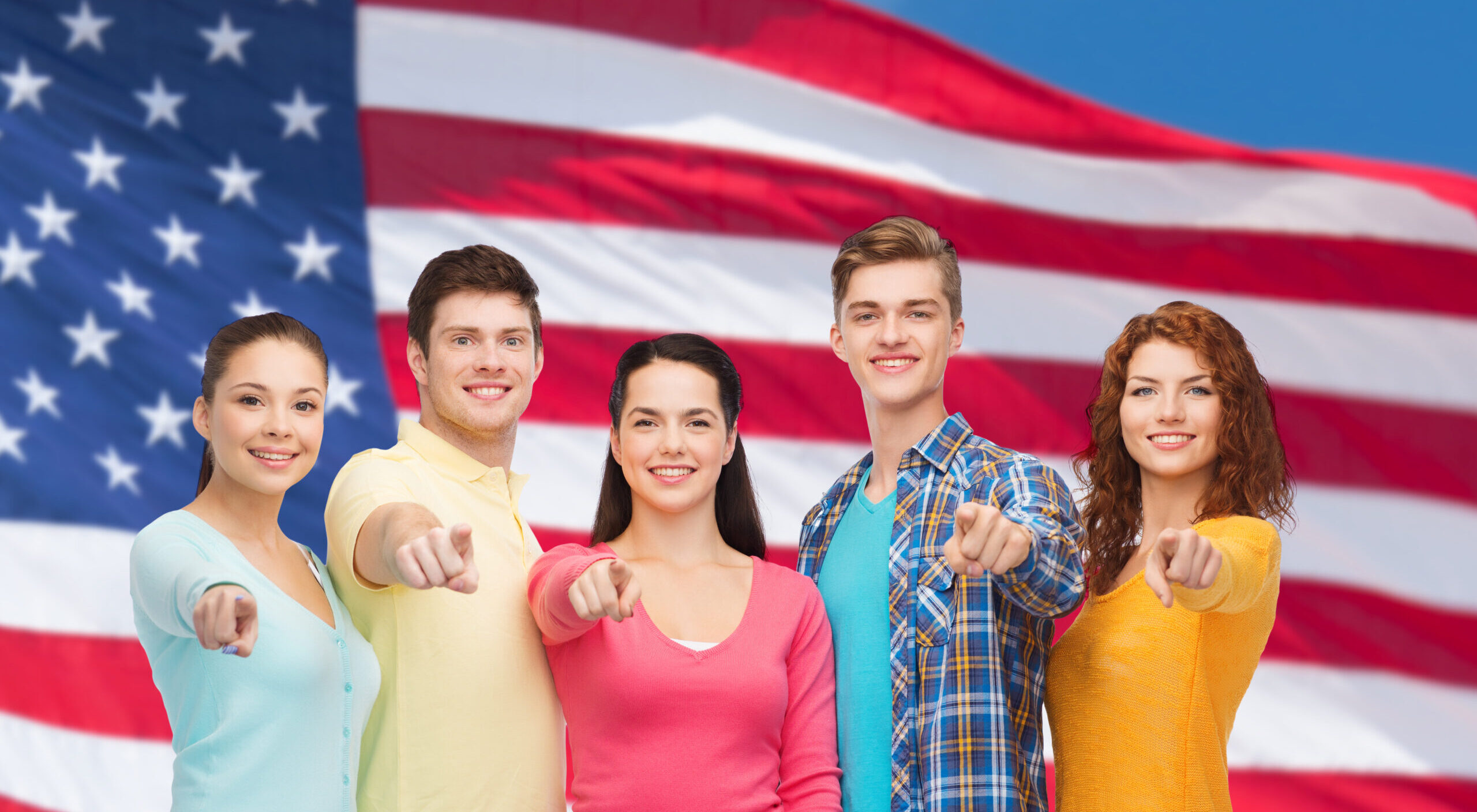 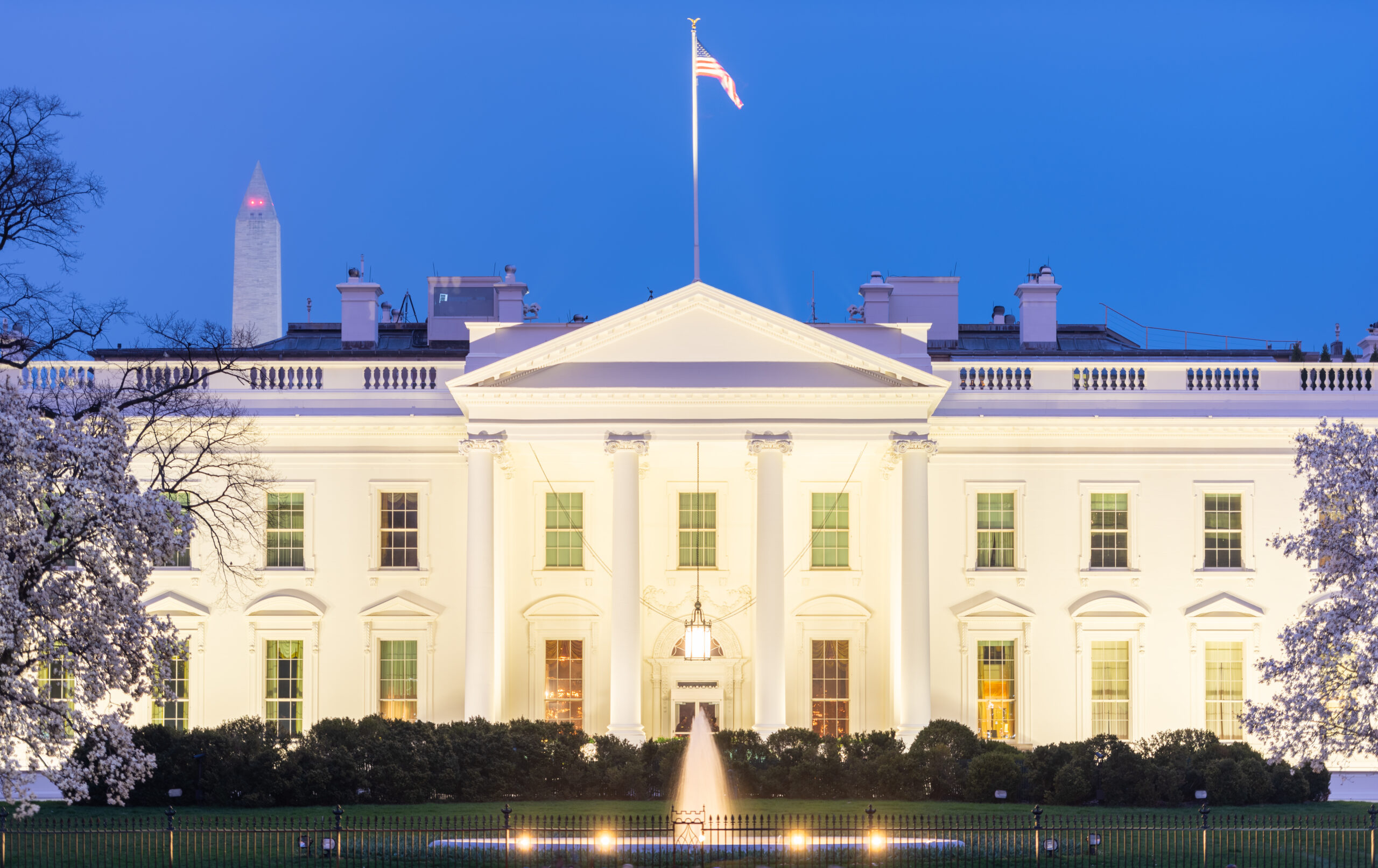 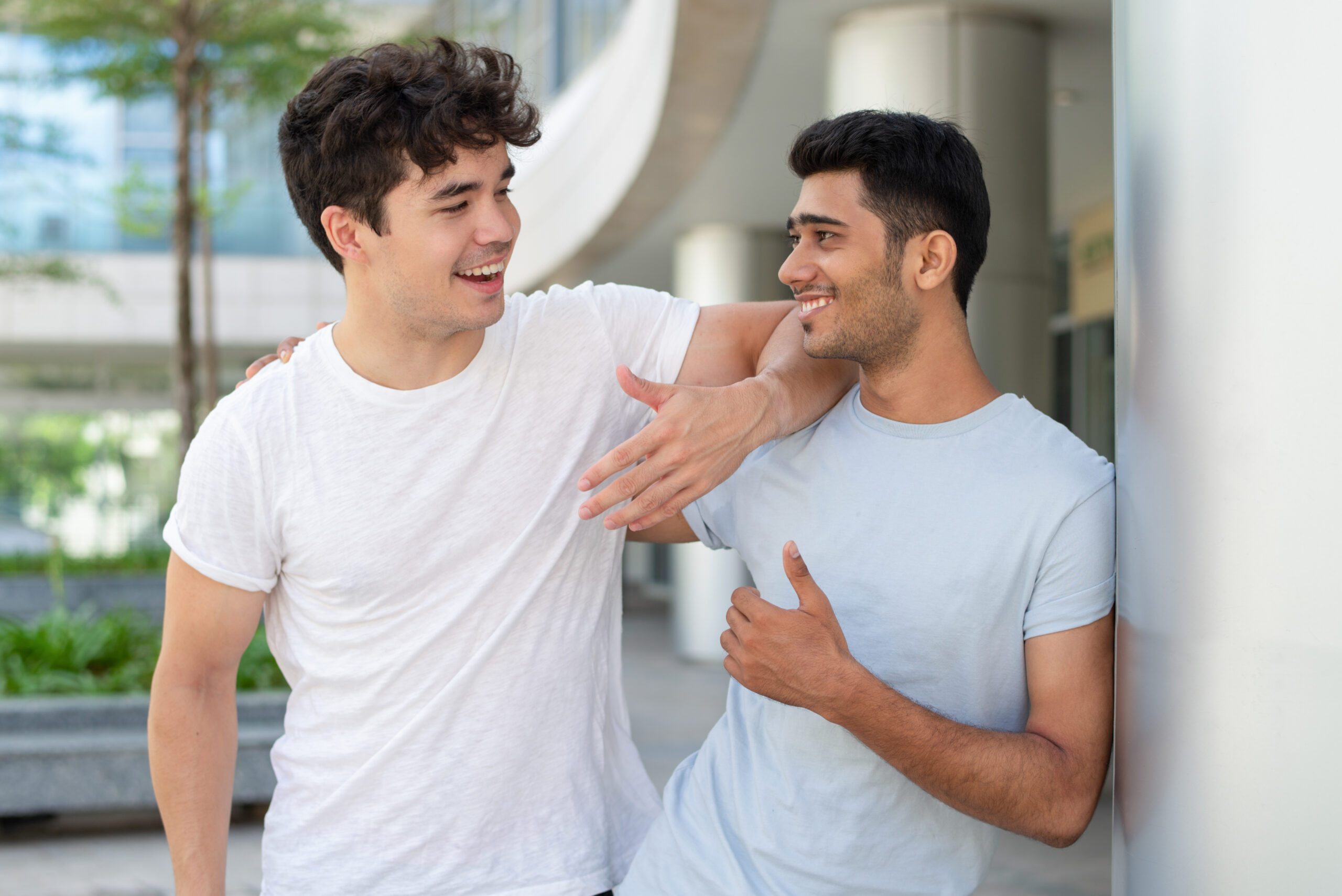 8. Americans are very Friendly in Nature 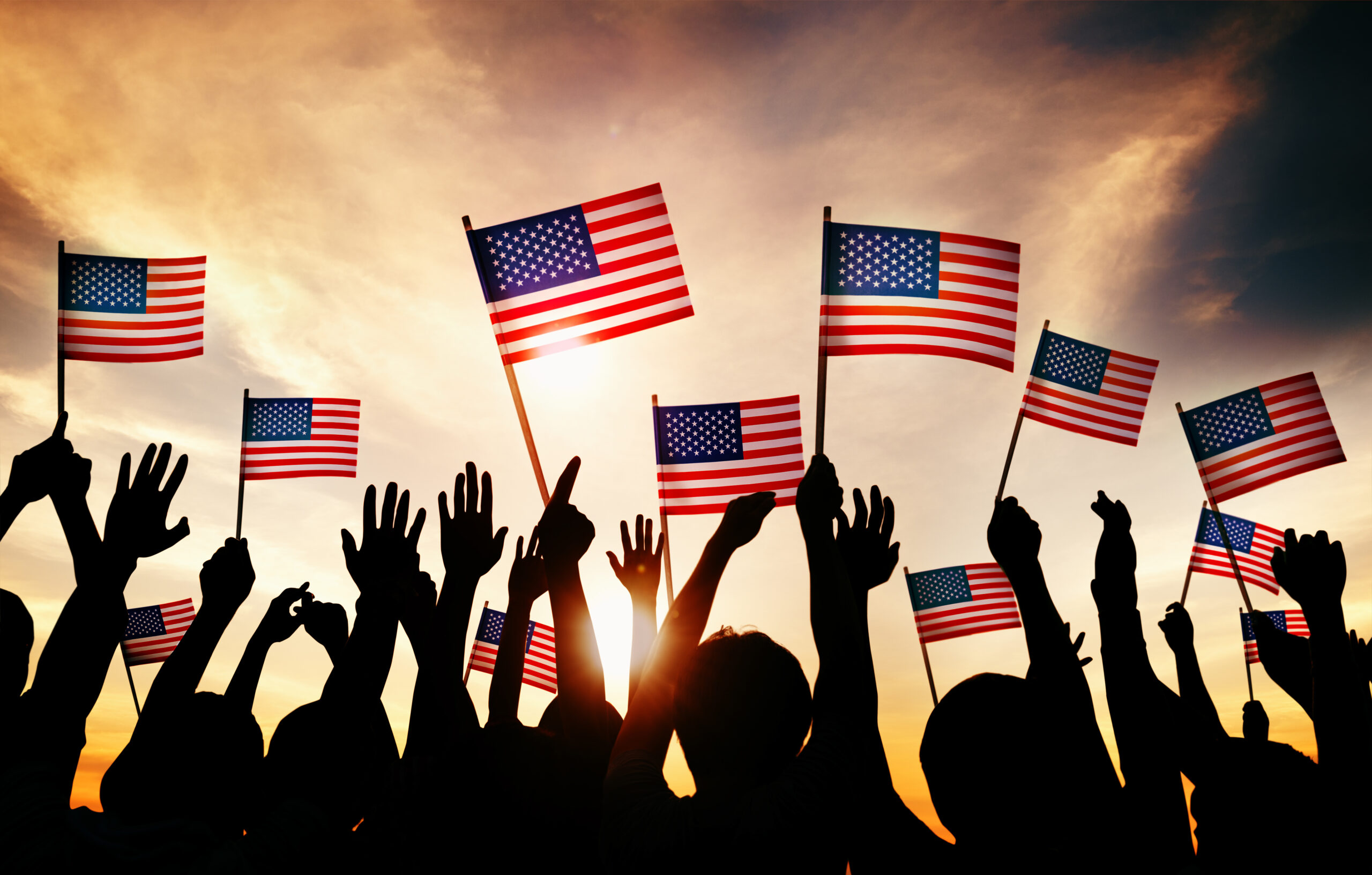 7. Culture, Values and Beliefs of United States of America 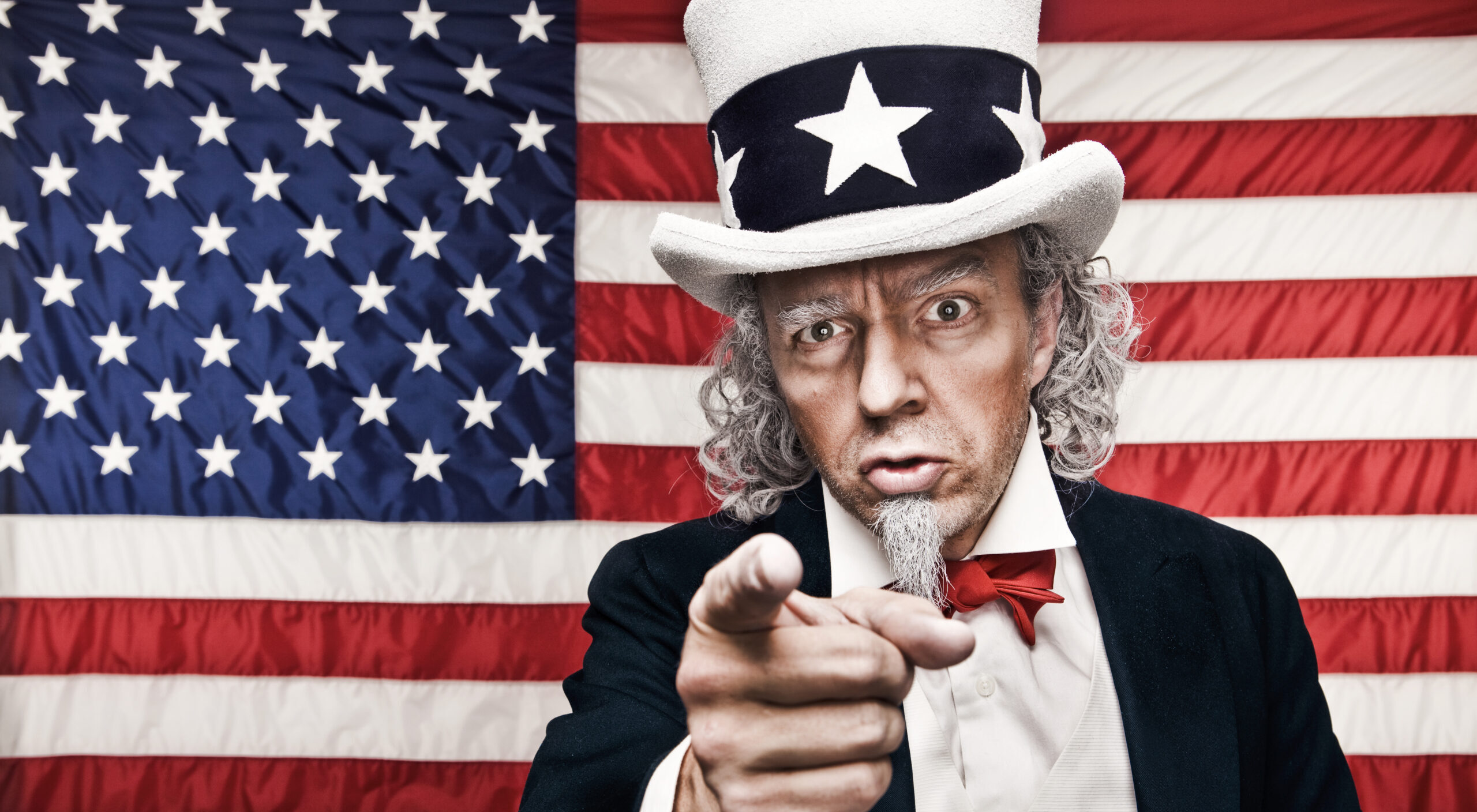 4. The United States of America Is Called Many Names 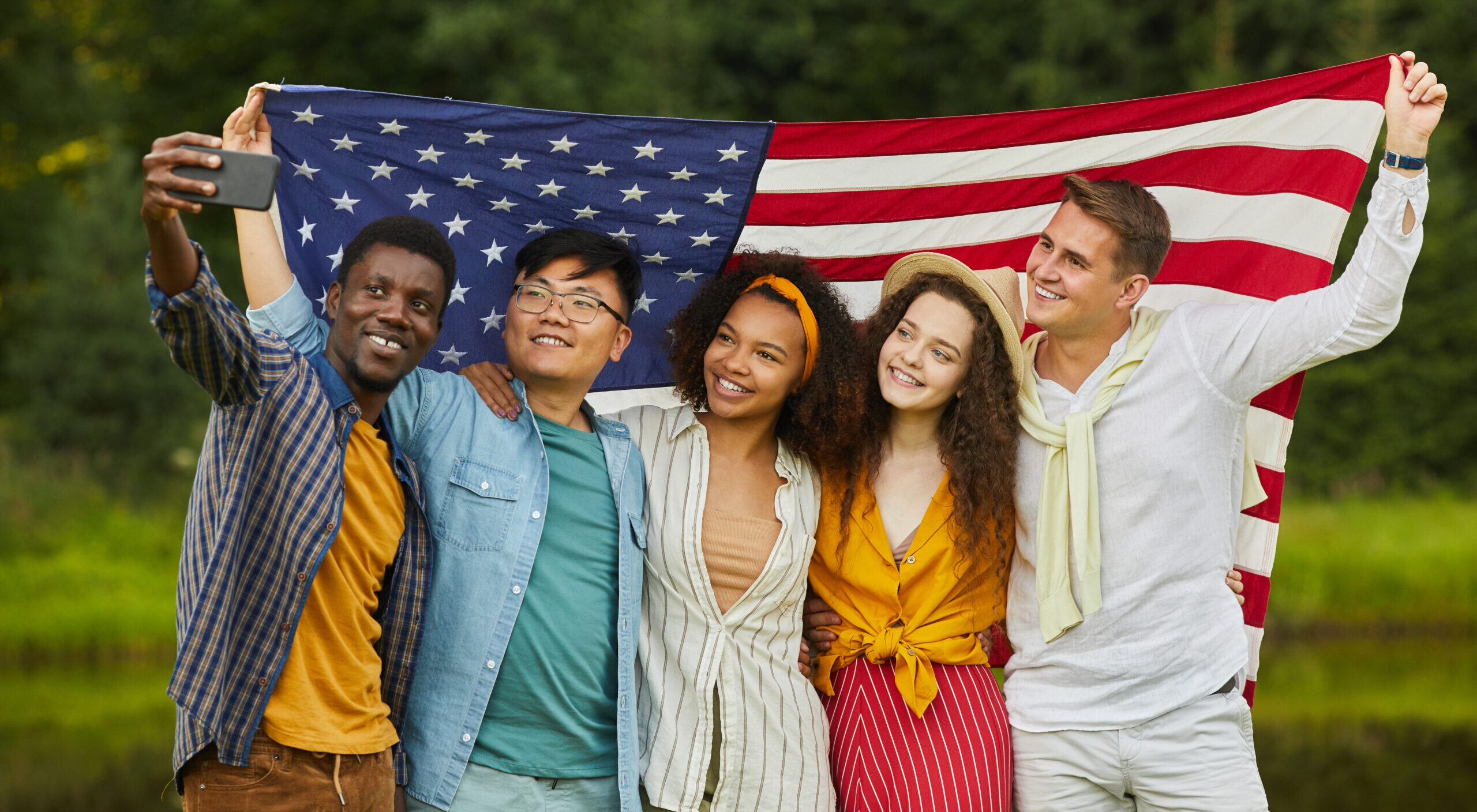 3. The United States of America Doesn’t Have an Official Language 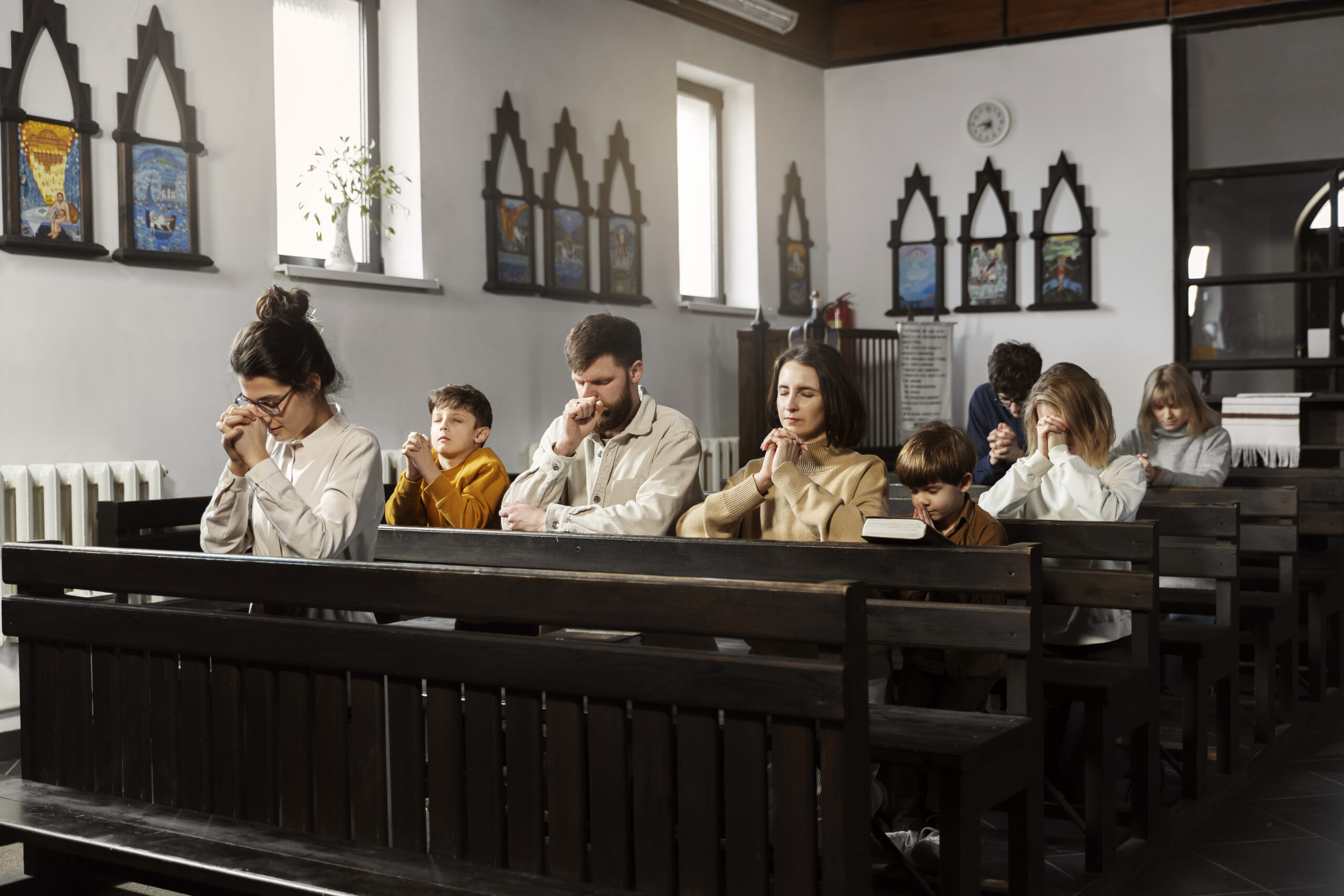 6. Religion in the United States Of America

7. Culture, Values and Beliefs of United States of America

8. Americans are very Friendly in Nature